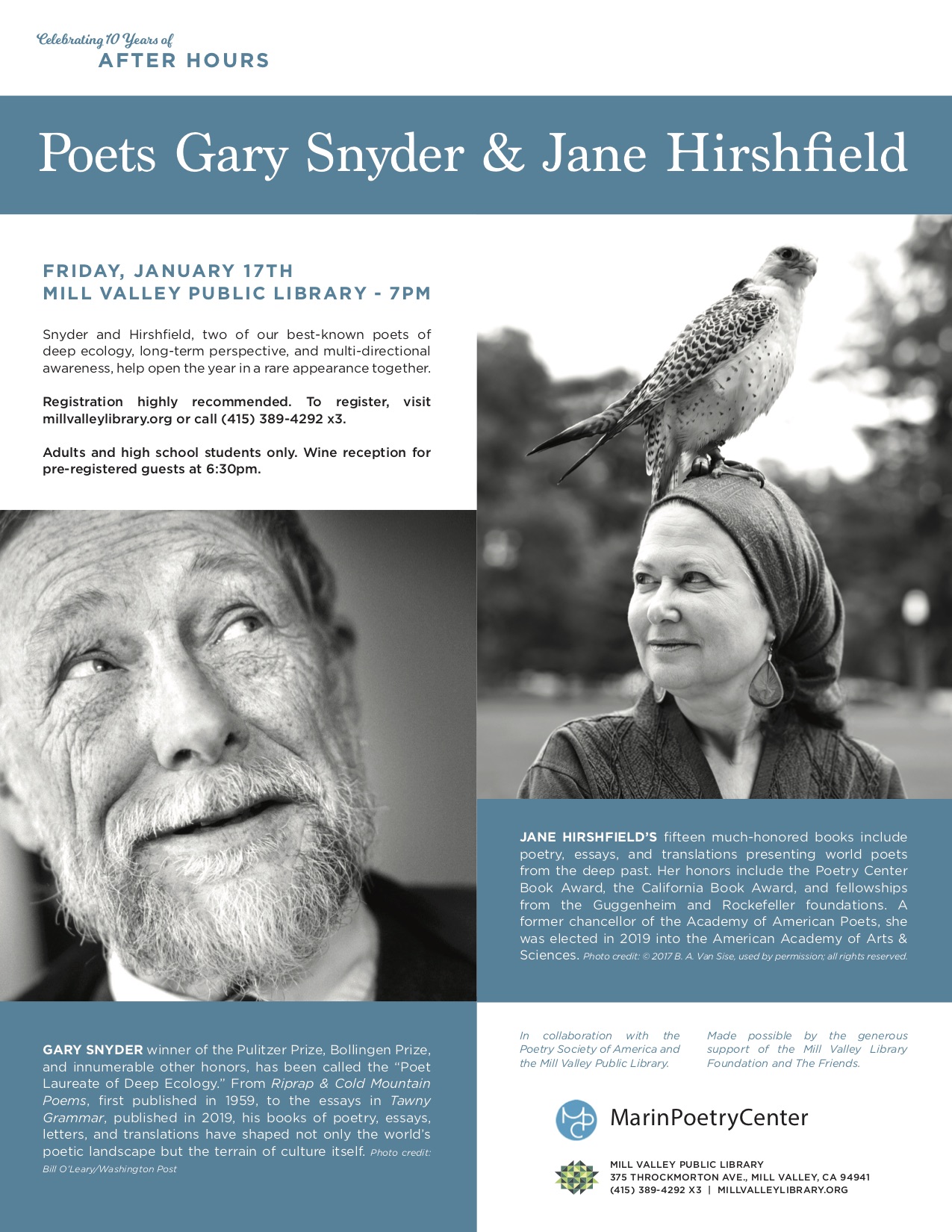 Co-sponsored by Poetry Society of America

Gary Snyder began his career in the 1950s as a noted member of the “Beat Generation,” though he has since explored a wide range of social and spiritual matters in both poetry and prose. Snyder’s work blends physical reality and precise observations of nature with inner insight received primarily through the practice of Zen Buddhism. He has been described as the “poet laureate of Deep Ecology”. Snyder is a winner of a Pulitzer Prize for Poetry and the American Book Award. His awards also include the Bollingen Prize, an American Academy of Arts and Letters award, a Guggenheim Foundation fellowship, the Bess Hokin Prize and the Levinson Prize, the Robert Kirsch Lifetime Achievement Award, the Shelley Memorial Award, and the Ruth Lilly Award.

Jane Hirshfield’s ninth, forthcoming poetry collection, Ledger (Knopf, 2020), centers on the crises of climate and biosphere, and on our interconnection with one another and all beings.  She is the founder of #PoetsForScience, a project originating with the first March For Science in D.C. in 2017, and the author of two now-classic books of essays, Nine Gates and Ten Windows. Her honors include fellowships from the Guggenheim and Rockefeller foundations and the National Endowment for the Arts, as well as the Poetry Center and California Book Awards. The Washington Post has named her “among the modern masters” and the New York Times called her last book, The Beauty, “a deep well of wisdom.”

An Evening With Poet Laureates