Watch Recording of this event 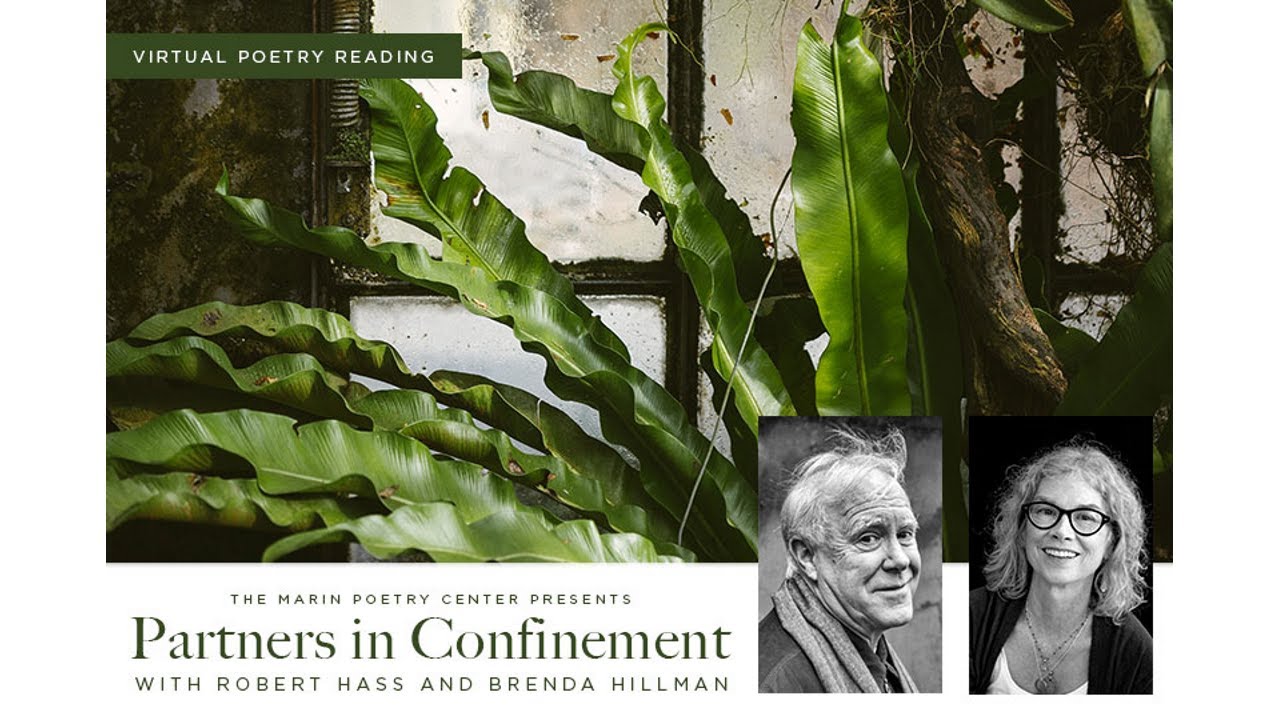 This series features literary partners who are sheltering in place together. Couples chat, read favorites from their own and each others’ work, and tell us what this period has been like for them.

Robert Hass, former United States Poet Laureate, has illumined the poetic landscape with his many books of poetry, translation, and essays. His honors include the National Book Award, and the Pulitzer Prize. His most recent book Summer Snow came out in January 2020. His celebrated books of essays include A Little Book on Form: An Exploration Into the Formal Imagination of Poetry and What Light Can Do: Essays on Art, Imagination, and the Natural World, the recipient of the PEN/Diamonstein-Spielvogel Award for the Art of the Essay. Hass translated many of the works of Czeslaw Milosz, and he edited Selected Poems: 1954-1986 by Tomas Transtromer; The Essential Haiku: Versions of Basho, Buson, and Issa; and Modernist Women Poets: An Anthology (with Paul Ebenkamp). His many honors include the MacArthur “Genius” Fellowship, the National Book Critics’ Circle Award (twice), and the Wallace Stevens Award. His poetry is deeply reflective of the California landscape, domestic life, and spiritual awareness. To hear him read or speak is transformative, whether a Haiku from Issa, a mediation from Miłosz, or his own lyric work.

Brenda Hillman is the author of 10 full-length collections from Wesleyan University Press, the most recent of which are Practical Water (2009), winner of the Los Angeles Times Book Award, Seasonal Works with Letters on Fire (2013), which received the International Griffin Poetry Prize for 2014 and the Northern California Book Award, and Extra Hidden Life, among the Days (2018). Hillman has also received the William Carlos Williams Prize from Poetry Society of America and the Academy of American Poets Fellowship. She has edited an edition of Emily Dickinson’s poems for Shambhala Press, co-edited two books by Richard O. Moore; with Patricia Dienstfrey, she co-edited The Grand Permission: New Writings on Poetics and Motherhood (Wesleyan, 2003). Hillman has also worked as a co-translator of three books: Poem from Above the Hill by Ashur Etwebi, Instances by Jeogyre Choi and At Your Feet by Ana Cristina Cesar, all from Free Verse Editions/Parlor Press. She currently teaches at St. Mary’s College in Moraga, California where she is the Olivia C. Filippi Professor of Poetry. For several decades, Hillman has worked as an activist for social and environmental justice.

An Evening With Poet Laureates